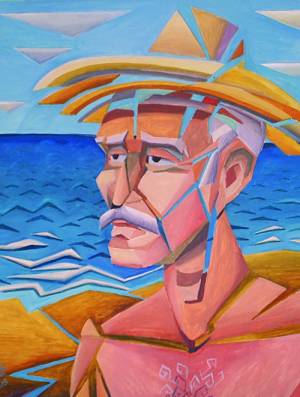 Multicultural counseling requires knowledge, skills, and awareness (Sue & Sue, 2008). Knowledge is the therapist’s basic familiarity with the client’s cultural background. Skills are the intervention strategies that are in line with the client’s background. Awareness is the recognition of the therapist’s background that may interfere with the therapy process, for example: the social factors of privilege and cultural countertransference (Perez-Foster, 1999).

The therapy process requires clients and therapists to look beyond the obvious; to understand the roots of the presenting issues alongside the client’s strengths. Multicultural therapy requires the therapist to understand the client’s world as much as possible in order to assist in self-understanding from within the client’s own worldview. This proposition is extremely complex, because it involves not only the people in the therapy room, but also many other people who are and have been involved in the client’s life. A useful frame for understanding this concept is Bronfenbrenner’s (1979) ecological proposal to recognize environmental influences that place the client and the therapist in a multicultural context.

Verbal therapy is relatively limited because it assumes that clients have the ability to express their experiences in words and that the most powerful way to understand is through intellectual, logical understanding. Drama therapy expands from verbal therapy and includes other types and channels or modes of understanding like somatic, symbolic, interpersonal, and mythical paradigms, among others. This expansion requires the drama therapist to be especially aware of multicultural issues that go beyond verbal expression. Therapists receive training in multicultural issues, but their knowledge, skills, and awareness may still be limited (Sue & Sue, 2008). The fact that drama therapy is an embodied approach makes the potential for misunderstanding and injury of clients greater than verbal therapy because it can occur on several levels. A strength that drama therapists possess is their ability to use their acting backgrounds and/or skills to undertake the analysis of character. The process of embodying characters from another time, place, or culture can allow us to engage in perspective taking, to imagine the experiences of others.

A Drama Therapy Group in Mexico

To demonstrate the knowledge, skills, and awareness when applied using a multicultural frame, I will share the process of preparing and conducting a drama therapy group to explore masculinity from a pro-feminist perspective.

I ran a brief drama therapy series for men in Mexico with the theme of reflecting on their experiences with the masculine role. The workshop was delivered in two eight-hour sessions at a non-profit agency. There were 14 participants and their ages ranged from about 20 to 45. I am from Mexico, so I worked from an emic, or within the culture, approach that generated advantages and disadvantages. These will become clear as we explore the group’s progress.

In preparation for the workshop, I decided to use Emunah’s (1994) Five Phase Model. Due to the collectivistic nature of Mexican culture, people’s identities are based on the idea of interdependence, creating a sense of belonging. On the other hand, collectivism in Mexico can create a sense of vulnerability because of the potential for personal information to be shared outside of the group as gossip, or chisme. The Five Phase Model provides at least two safeguards against this vulnerability. One is the intimacy built in slow increments through the first and second phases: Dramatic Play and Scenework (Emunah, 1994). The other is the way it allows the therapist to move at the group’s pace and recognize when the group is ready to move to the next phase. Notice that this relates to the therapist’s skills, including competent understanding of the culture.

END_OF_DOCUMENT_TOKEN_TO_BE_REPLACED

Get Social with Drama Therapy!

Get Social with Drama Therapy!

Hi Everyone! I am posting the 2017 Central Region Conference schedule for April 29 and 30.  There will be a few small changes to a few of the workshop information portions; however, times are set.  Hope to see you there! Alissa Duncan Schedule of Presenters 2017 – DRAFT